Ripple Effects of the Mind

Today we covered the yoga sutras of Patanjali in class today.  That is some real heavy stuff.  When you start talking about the mind, the attachments of the mind and the ego clinging, it just touches a place that no one can escape.  I had a situation a few days ago where I heard a conversation that had nothing to do with me, but somehow my mind started attaching feelings and emotions, and memories to a situation that had nothing to do with me whatsoever.  At some point it made me feel very sad and weepy (I'm sure PMS played a bit of a role).  In reality I think this happens a lot.  Someone says something, you take them to mean something negative that they did not imply, but from a mere statement the mind is running off in directions that it was never intended that it go.  The Yoga Sutras, the Bhagavad Gita and the like all remind us that we (really the ego) can be our own worst enemy.  Yes, the ego serves a purpose, it keeps us grounded in this world and gives us a sense of individual self.  But the ego is really a bad ass unruly kid.  Sometimes  what the kid needs more than anything to get him in line is discipline.
Yoga appears on the surface to discipline the body, but on a subtle level it disciplines the mind as well.  Through yoga, I've been able to see more clearly mental obstacles that I (the ego) have placed in my way as a road block to my own happiness. Sometimes you have to let go of the stories that the mind will tell you when it gets caught up in fear, sadness, pain and reaction to something outside of itself.  If you let go, observe and just sit with the emotions for a little bit, you may realize like I did, that it's not real!  It was only a story that my mind developed out of memories and past feelings and emotions, and I did not have to remain there.  A wise woman once told me "feeling doesn't make it fact!" That has never been more true!
This is yoga off the mat.
Namasté 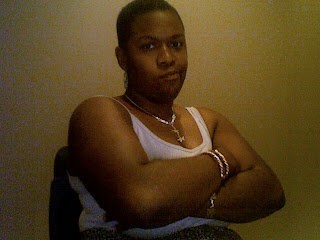 Posted by Ellyn McNamara at 9:25 PM